It’s been years since I’ve watched a Disney film that wasn’t Pixar. I wasn’t really expecting to ever watch the Beauty And The Beast remake. Now, I’m really glad I did watch it!

After leaving her small, provincial village to look for her missing father, Belle (Emma Watson) encounters a large, horrifying beast (Dan Stevens) living inside a dark, forbidding castle with living antiques as his only companions. As Belle stays more with the Beast, she learns that true beauty is found within.

Since it’s been years since I’ve watched the original Beauty And The Beast, it’s a lot easier to review the remake as its own film, instead of just compared to the original. Though I did get a sense of nostalgia from the remake. 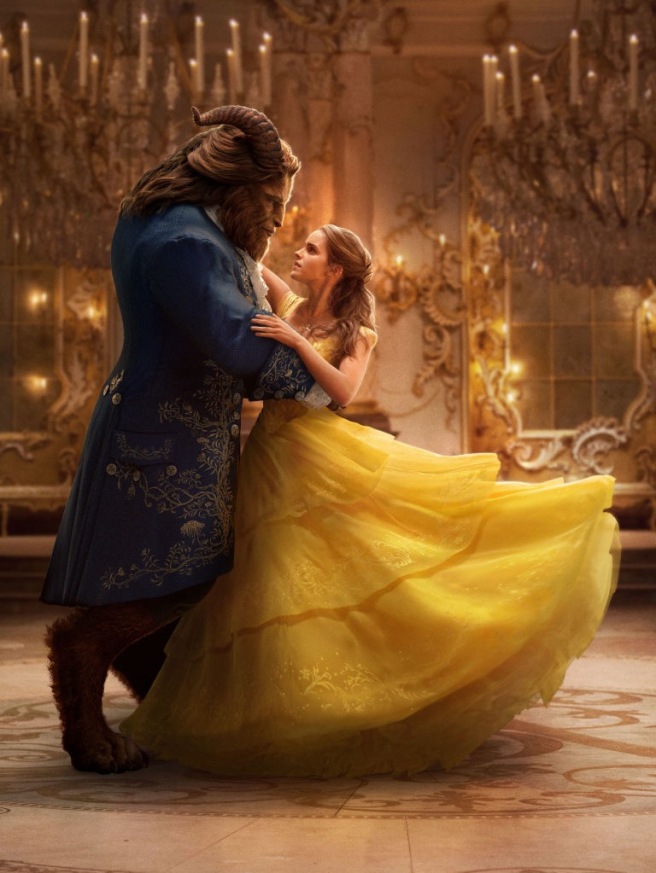 What worked for the film:

The special effects and the setting were just beautiful. I have no complaints on the CGI aspect of it. People don’t realize that, for a live-action adaptation like this, there’s no other way to bring something to life and make it work without CGI.

Every character was cast perfectly, even Emma Watson. I’ll admit, I didn’t really picture her as Belle before I saw the film, but I thought she gave a fantastic performance.

What didn’t work for the film:
It was really hard hearing the lyrics to most of the songs. The music seemed to overshadow the singing. Also, Belle and Adam’s bonding throughout the film didn’t really seem believable, which is kind of the point of the whole film.

As a die-hard horror fan, I forgot that warm and content feeling a Disney film can leave you. This remake was just very well done! I can’t say if you love the original you’ll love this film, simply because I can’t compare it to the original. What I can say is that this remake is currently getting way more hate than it deserves, I say give it a chance, and judge for yourself.