Slowly but surly, I’m making my way through my 900+ film watchlist. I even got myself a little app, Tiny Decisions, that helps me decide on a film. I just put the movie titles on a wheel and spin it. It’s not only really fun, it saves me from wasting a LOT of time trying to pick a film. So, here is part 1 of this month’s picks! Enjoy, and let me know your thoughts on these films!

Synopsis (provided by IMDb.com): A gay cabaret owner and his drag queen companion agree to put up a false straight front so that their son can introduce them to his fiancé’s right-wing moralistic parents.

Notes: This film has a hell of a cast, but it was unbelievably depressing. For one, the son, Val (Dan Futterman) frustrated the hell out of me. I hated the way he was treating everyone who was doing him this favor. I get he was stressed out, but he still could’ve had some compassion and tried to understand what he was asking of his father and his father’s partner. Nathan Lane and Robin Williams were fantastic in their roles, and I’d still recommend this film, though it’s a one-and-done film for me.

Synopsis (provided by IMDb.com): Two friends try sharing an apartment, but their ideas of housekeeping and lifestyles are as different as night and day.

Notes: This was the first Jack Lemmon/Walter Matthau film I’ve seen. I was honestly surprised how dark the beginning of the film was. The ending also wasn’t what I expected, but in a good way. It clarified me about a situation I was going through, myself. Overall, this was a great film and I highly recommend it.

Synopsis (provided by IMDb.com): A practical man returns to his homeland, is attacked by a creature of folklore, and infected with a horrific disease his disciplined mind tells him can not possibly exist.

Notes: I’m really happy I finally got to see this film! After seeing Lon Chaney Jr. in Spider Baby (1967), I really wanted to see more of his films. This one was very well done. The only problem I had was when his character, Lawrence Talbot told Gwen (Evelyn Ankers) he spied on her with a telescope and she didn’t run for the hills. In all seriousness, this film was wonderful and I’ll definitely be adding it to my own collection.

Synopsis (provided by IMDb.com): A middle-aged woman finds herself in the middle of a huge conflict that will either make her a profit or cost her life.

Notes: After seeing this film, it astounds me how underrated it is! It was amazing from start to finish. I want to start with the star herself, Jackie Brown (Pam Grier). She was such an intelligent and bada** character. It’s been a long while since a movie had me on the edge of my seat in intense anticipation. This was such a well put stories with awesome characters, I ended the film with the biggest smile on my face.

I Saw The Devil

Synopsis (provided by IMDb.com): A secret agent exacts revenge on a serial killer through a series of captures and releases.

Notes: One thing I absolutely love is a good, bloody, brutal revenge flick. This film definitely delivered on all points. It also successfully showed how the drive for revenge can sometimes cloud your judgement. I didn’t agree with a lot of the protagonist’s decisions, but he’s human, and he was hurting, so I can’t completely blame him.

Synopsis (provided by IMDb.com): A photographer’s obsessive pursuit of dark subject matter leads him into the path of a serial killer who stalks late night commuters and ultimately butchers them in the most gruesome ways imaginable.

Notes: To start off, I love the film’s brutality, but I hate the CGI blood. I believe one thing that never has to be CGI in a film is the blood. The story is very unique and interesting, and I’ll always love Vinny Jones as a villain. The ending was predictable, but I still loved it! 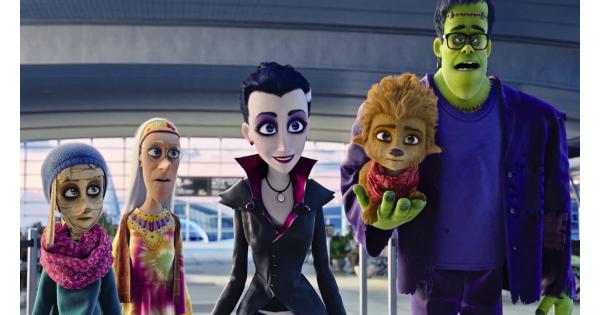 Synopsis (provided by IMDb.com): In an attempt to reconnect as a family, a mother plans a fun Halloween night out with her husband and their children. However, her plan backfires when an evil witch curses them and turns them all into monsters.

Notes: Though this film was fun and had some genuine funny moments, I still had a few issues with it. The voices and the characters’ mouths were completely out of sync, so watching them talk was very distracting and frustrating. Also, this film is about family, but I feel the dad was very underdeveloped. It seemed he was just there to complete the typical family and provide the fart jokes.

Synopsis (provided by IMDb.com): The Archivist – your tour guide through the beyond – takes you through three nightmarish situations spanning time and space as he reads from his book – The Anthology of Terror.

Notes: This film was unfortunately very boring and forgetful. The first segment had a very cliché storyline. The second segment started out very intriguing, but fell short at the end. I do give the third segment points for having characters with a little personality. However, the ending of the third segment also fell short.

Synopsis (provided by IMDb.com): In the near future, a charismatic leader summons the street gangs of New York City in a bid to take it over. When he is killed, The Warriors are falsely blamed and now must fight their way home while every other gang is hunting them down.

Notes: I’m not going to lie, I wanted to watch this every since I found out James Remar was in it. His character, Ajax is such a punk, but he played the role so well! I’m not really a fan of storylines where a character is framed for something. For some reason, it frustrates the hell out of me. However, it had the perfect ending and pretty cool fight scenes, so I’d say this was definitely one of the better films I’ve seen this month.

Synopsis (provided by IMDb.com): A young governess for two children becomes convinced that the house and grounds are haunted.

Notes: I wouldn’t be surprised if the creators of The Others (2001) got inspiration from this film. I really enjoyed the similar vibe and atmosphere of isolation. That being said, I really wish I enjoyed this film more than I did. The performances in the film were fantastic! I guess I was just expecting more to the story. Plus, the ending really disappointed me. It’s a classic that I’m definitely glad I finally saw, but I probably don’t see myself watching it again.