Here are the latest mini reviews for September 2019! Unfortunately I didn’t watch many movies this month. The reason is that after I saw IT: Chapter 2, I became so fascinated by it, that I didn’t want to watch another film until I finished writing about it. Don’t worry, because everything’s going to resume in October, and it’s going to be horror all month long!

Synopsis (provided by IMDb.com): An ordinary word processor has the worst night of his life after he agrees to visit a girl in Soho, who he met that evening in a coffee shop.

Notes: The second I saw that Griffin Dunne starred in After Hours and Martin Scorsese directed it, I was immediately sold. However, this movie was unbelievably stressful to watch. Everything just kept getting worse and worse for Paul (Griffin Dunne) and it was almost too much for me. I did love the legendary actors that also starred in it, and the ending definitely saved it for me. It was just too stressful for me to ever watch it again.

Synopsis (provided by IMDb.com): Two New Yorkers are accused of murder in rural Alabama while on their way back to college, and one of their cousins – an inexperienced, loudmouth lawyer not accustomed to Southern rules and manners – comes in to defend them.

Notes: I want to say Joe Pesci (Vinny) and Marisa Tomei (Mona) had fantastic chemistry together in this film! I loved seeing them work off of each other. That’s a duo that I wish worked together more. The beginning court scenes were cringe-inducing. I felt like I was watching a kid get in trouble at school. Though I really liked Mona, I felt she became stubborn at the wrong moment, but it made for good comedy. There were genuine laugh-out-loud moments, and the ending was perfect. My Cousin Vinny is a definite must-watch film! 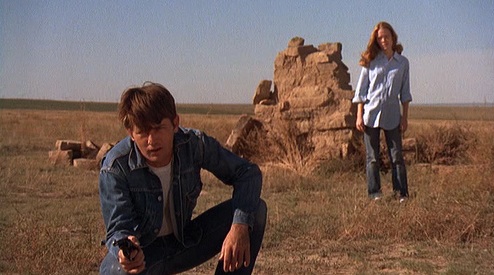 Synopsis (provided by IMDb.com): An impressionable teenage girl from a dead-end town and her older greaser boyfriend embark on a killing spree in the South Dakota badlands.

Notes: For me, this was what I call a “meh movie.” It means that this film made me feel absolutely nothing. I didn’t feel any excitement, shock, and I felt nothing towards any of the characters. Martin Sheen (Kit) and Sissy Spacek (Holly) were probably the only good things about this film to me. I found the story bland and I was just very bored.

Synopsis (provided by IMDb.com): A martial arts rock band goes up against a band of motorcycle ninjas who have tightened their grip on Florida’s narcotics trade.

Notes: I don’t even know where to start with this film. If this film didn’t have the Rifftrax commentary, there’s no way I would’ve finished it. I’ll admit, the songs were pretty catchy, and the lyrics are hilarious. A lot of the film was cringe-inducing and very hard to watch.

Synopsis (provided by IMDb.com): With the aid of a wealthy erratic tippler, a dewy-eyed tramp who has fallen in love with a sightless flower girl accumulates money to be able to help her medically.

Notes: This is not only my first Charlie Chaplin film, it’s the first silent picture I finished. I have to say I’m really glad I saw this film! The only thing I disliked was the millionaire (Harry Myers) only recognizing Chaplin when he’s drunk. It was unrealistic and very frustrating to watch. Other than that, the slapstick bits made me laugh out loud! The ending was beautiful, and I highly recommend City Lights! 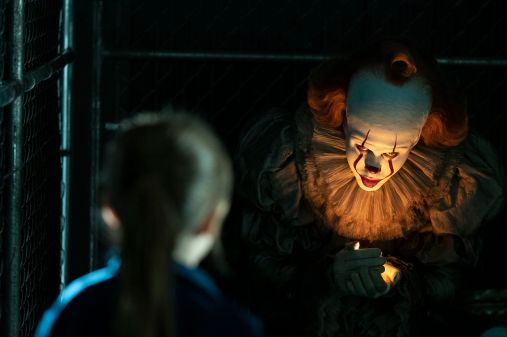 Synopsis (provided by IMDb.com): Twenty-seven years after their first encounter with the terrifying Pennywise, The Losers Club have grown up and moved away, until a devastating phone call brings them back.

Notes: This film gets a rare 10/10 from me because I can’t think of a single thing I disliked about it! I thought it was the perfect conclusion. Bill Hader undoubtedly stole the show, but I think everyone did a wonderful job with their roles. Not only do I recommend this film, I believe it NEEDS to be seen on the big screen. I’m not going to spoil anything here, so I’m going to go more in-depth with what I loved about it in another article that will be posted soon!