Father Of The Year

Synopsis (provided by IMDb.com): Before NYC, college valedictorian Ben visits his trailer park loser dad. Same evening, Ben argues with Larry about whose dad can kick the other dad’s a**. Loser dad hears of this and tries to beat up doormat dad and chaos follows.

Notes: I’m not sure why but I wasn’t expecting to like this film at all. It was so funny, and David Spade (Wayne) absolutely killed it in this one! It’s definitely really goofy, but you pretty much have to expect that with Adam Sandler’s posse. I’d consider Father of The Year one of Spade’s better films.

Synopsis (provided by IMDb.com): A troubled young woman takes up residence in a gothic apartment building where she must confront a terrifying evil.

Notes: This movie had a very interesting concept. However, it didn’t really offer anything special or unique., and it was wildly predictable. I think the only description I can give it is “mediocre.” I will say that Fionnula Flanagan (Eleanor) plays a wonderful villain. This was definitely a one-and-done film for me. 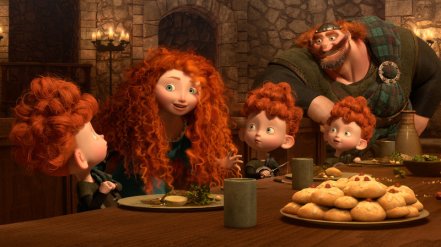 Synopsis (provided by IMDb.com): Determined to make her own path in life, Princess Merida (Kelly MacDonald) defies a custom that brings chaos to her kingdom. Granted one wish, Merida must rely on her bravery and her archery skills to undo a beastly curse.

Notes: This was a wonderful film! I love how it focuses on the mother/daughter relationship other than Merida finding her Prince Charming. It was hilarious, adorable, and it really touched me. I even started to tear up near the end. If you love good-hearted family films, Brave is definitely a must-see!

Synopsis (provided by IMDb.com): An FBI undercover agent infiltrates the mob and finds himself identifying more with the mafia life, at the expense of his regular one.

Notes: This is such a crazy story! The fact that Donnie Brasco (Johnny Depp) spent years undercover, and watching it completely take over his life was so fascinating. This was one of my favorite Johnny Depp performances. Al Pacino (Lefty) and Michael Madsen (Sonny) have always played the perfect bad guys.

Synopsis (provided by IMDb.com): Vault tells a story about a group of small time criminals in 1975 who attempt to pull off the biggest heist in American history: stealing over $30 million from the mafia in the smallest state in the union, Rhode Island.

Notes: The film started out strong, but then it took a depressing and uninteresting turn. All of the characters started out very likable and funny. Then, by the end of it, I found it hard to root for any of them. Vault was an ok film, but I don’t think I’ll ever watch it again. 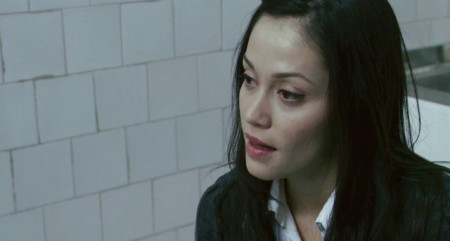 Synopsis (provided by IMDb.com): In Italy, a woman becomes involved in a series of unauthorized exorcisms during her mission to discover what happened to her mother, who allegedly murdered three people during her own exorcism.

Notes: I’m really happy I gave this film a shot. I loved the discussions of exorcisms and possession. The found footage aspect added to the intensity and creep factor. A lot of people were angry with the ending, which was definitely understandable. However, it didn’t deter my love for the overall film.

Synopsis (provided by IMDb.com): Eight people are invited to their old high school for their ten-year reunion where a fellow former student, disfigured from a prank gone wrong, is out to seek revenge.

Notes: Though it’s a very cliched ‘80s slasher, it was still a pretty enjoyable film. The way a lot of the characters acted was very confusing to me, but after seeing the ending, everything made sense. The acting is pretty much what you expect from an ‘80s slasher. The kills were pretty decent, but it was very difficult to root for the characters.