I will fully admit right now, I’m somewhat addicted to Buzzfeed articles. As soon as they have a new movie-related list out, I have to click on it right then and there. Last month, I clicked on an article titled People Share What They Believe Are Good Films With Bad Endings, And There Are Some Spicy Opinions. I was honestly surprised to find someone added The Invisible Man to the list. 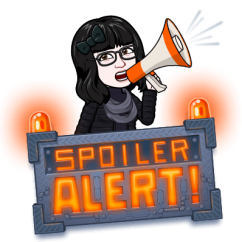 The Invisible Man synopsis (provided by IMDb.com): When Cecilia’s (Elizabeth Moss) abusive ex, Adrian (Oliver Jackson-Cohen), takes his own life and leaves her his fortune, she suspects his death was a hoax. As a series of coincidences turn lethal, Cecilia works to prove that she is being hunted by someone nobody can see.

Ending Recap: So, how the film ends is that Cecilia shoots and kills the invisible man who was terrorizing her. After killing him, he’s unmasked and we all see it wasn’t Adrian, but his brother, Tom (Michael Dorman). The police later find Adrian tied up and concealed away from society, making us question whether or not Tom was the invisible man all along, or whether they worked together. To prove that she wasn’t crazy, Cecilia ended up having one final dinner with Adrian to see if he would confirm he was a part of it – which he does by repeating the word he terrorized her with throughout the film – Surprise! 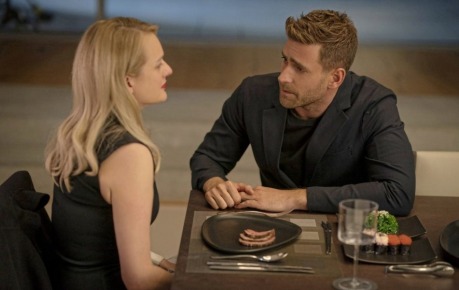 So, in the article, the woman stated, “I really wish they would’ve left the audience wondering if it WAS the husband or the brother at the end, and not just outright revealed it was him.” I can’t really explain why, but I took great issue with this statement. Just to clarify, I fully respect her opinion on the subject, but I wanted to give my own perspective on it and explain why I disagree. To start, I want to talk about Adrian. He was abusive, manipulative, and controlling in his relationship with Cecilia. He was also pretty damn smug about it. He saw Cecilia as weak and easy to control. There’s absolutely no way his ego would let him keep his mouth shut and keep Cecilia in the dark. After everything, he still thought Cecilia was weak, and confessing to her was his way of letting her know he was still in control (or so he believed).

Also, I know a lot of audiences like films that leave them guessing or questioning everything. For me, this wasn’t one of those films. Adrian not only abused her when he was alive, he made it his goal to make her life a living hell after his “death”. He went out of his way to shut out the only people in her life, killed her sister right in front of her, and framed her for it! Like any abuser, he wanted her to be truly alone so he’ll be the only one she goes to in the end. I can’t speak for everyone, but when he confessed and she finally killed him, I personally needed that closure. More importantly, Cecilia deserved that closure! From a logical and personal standpoint, this is why I believe the ending was perfect for the film.