This is honestly a pretty random subject that I wanted to talk about today, because I woke up thinking about it. Lately, I’ve been thinking about the best twists in film, which I will be writing about later on. I’m writing this one first because it’s a LOT shorter and thinking about how these twists didn’t work for me at all is hilarious to me. (SPOILER ALERT!) 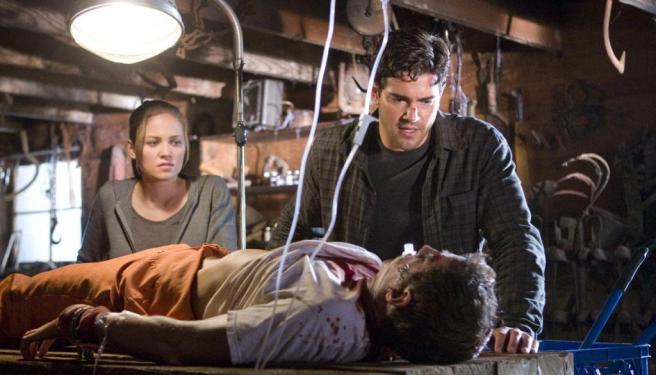 Before I begin with this film, I want to clarify that I absolutely love this movie. The twist in this film didn’t necessarily ruin the film itself for me, but just thinking about it makes me laugh now. If you’re a die hard horror fan, chances are you’ve seen at least one film that has Bill Moseley in it. Die hard Bill Moseley fans know he has a recognizable face and voice.

In The Tortured, Bill plays a psychopath who kidnaps and kills a couple’s son. The couple then plans their revenge on him after an unfair trial. They attempt to kidnap him during a transfer and end up crashing the van they carjacked. No one is killed but Bill’s character is injured and his face is bloody and mangled. (Trust me, these explanations are important to my point.) So, the couple proceeds to take Bill to a cabin in the woods to torture him.

Now, the film was very brutal and very well done. However, I couldn’t help but get very distracted by Bill’s character. He didn’t look or sound like Bill Moseley at all. I kept asking myself why they didn’t have Bill act out the torture scenes. Was it a schedule issue? Did he just not want to do it? Did the filmmakers think we wouldn’t notice? Well, turns out my thoughts were wrong because the twist was there was a second prisoner in the van with Bill and the couple was torturing the wrong guy the entire time!

Yep, the twist in this film was ruined for me because I’ve seen WAY too many Bill Moseley films. I’m honestly not sure if anyone was truly surprised by this twist, but I would’ve loved The Tortured a lot more if they just finished the story without pulling something like this. 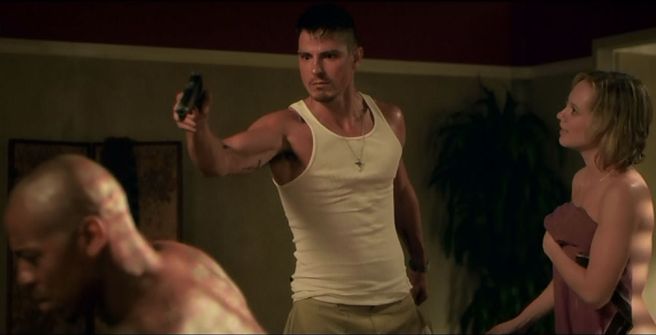 The ending to this film angered me more than anything. What I love about a good twist is that it not only takes the viewer by surprise the first time they watch it; it’s also really fun to view the film a second time and notice all of the signs leading up to the twist. Adulterers is definitely NOT one of those films.

The plot starts with a husband, Samuel, coming home to find his wife, Ashley, in bed with another man, Damien. After catching them in bed together, Sam imagines getting his gun and shooting and killing both of them. He then comes to and decides to instead hold them captive while he contemplates murdering them. During the rest of the film, we learn more about this cheating couple, why they cheated on their significant others, and we witness Samuel’s internal struggle to get revenge or forgive. At least, that’s what was supposed to happen.

The “twist” in this film is that shooting and killing Ashley and Damien wasn’t Sam’s imagination at all. HE REALLY KILLED THEM AT THE BEGINNING OF THE FILM AND THEY WERE DEAD THE ENTIRE TIME! Everything we learned about all of these characters was a damn lie. Sam imagined all of the events that happened. It was all a waste of time, and it was such a cop-out way to end a film.

I know there are plenty of other twists that I severely disliked, but these are the two main ones I wanted to discuss today. And don’t worry, if you think I’m being a cinema snob right now, my list of great horror movie twists is a LOT longer and will be posted soon! In the meantime, I’m very curious about what movies were ruined for you because of their twists. Let me know in the comments!