I can’t even begin to describe how much I loved IT: Chapter 2! It was absolutely perfect to me. The only problem I had with it was that I wish it was longer. I’m not even lying, I wanted more. I’m still hoping for Chapter 3, or that Andy Muschietti will combine both chapters and add new scenes. Instead of doing a review, I wanted to talk about everything I loved about this film!

Note: I haven’t read the novel completely (yet) so I can’t compare the film to it. I am, however, going to discuss and compare certain aspects with the 1990 film. It’s all the same story, so you can’t help but compare.

When Ben Finally Tells Beverly He Loves Her 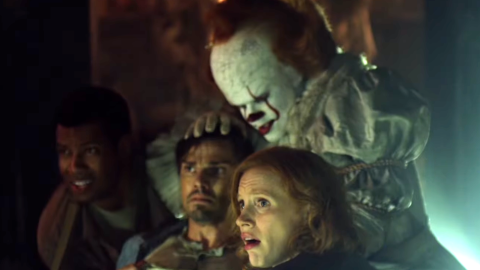 I can’t tell you how long I’ve been waiting for this moment. For too long, Ben (Jay Ryan) stood idly by while Beverly (Jessica Chastain) believed Bill (James McAvoy) was the one she was meant to be with. It was very frustrating to watch. Then, as Ben and Bev are trapped in their own personal hells, my worry levels spiked through the roof. Poor Ben is trapped in the clubhouse he built a long time ago, and starts to get buried alive. In that moment, he realized he was going to die without telling Beverly how he felt. So, he calls out to her, hoping she hears him. He tells her he loves her and recites his poem as the dirt around him rises. I just wanted to cry during this scene. It was such a beautiful moment, the fact that he was about to die and all he could think about was Beverly.

When Richie’s True Feelings For Eddie Are Exposed

I felt that Chapter 1 didn’t really give us anything about Mike (Chosen Jacobs) and Richie (Finn Wolfhard). Sure, Richie was the comedic relief, but that’s all we really knew about his character. I’m very happy that was changed in Chapter 2. As Richie (Bill Hader) searches for his token for the ritual, we’re taken back to the moment he realizes he’s gay, after playing Street Fighter with Henry Bower’s (Nicholas Hamilton) cousin. The REAL blow is when we realized Richie’s true feelings for Eddie (James Ransone). After Eddie dies, Richie goes back to the bridge where he carved his and Eddie’s initials years ago. It was such a beautiful and touching moment.

How Stanley’s Death Affected The Group

This was another subject I felt this film tackled more successfully than the 1990 film. In that film, the subject of Stanley’s death was probably mentioned twice. It didn’t really seem that they even cared that he was gone. In this movie, not only was the group affected by Stan’s (Andy Bean) death, Stan stayed with them throughout the entire film; either by Pennywise (Bill Skarsgård) taunting them, or Stan’s words encouraging them to continue in this fight. He reminded Richie what being a Loser meant. He also didn’t leave without saying one last goodbye to his friends.

“You Lied and I Died” 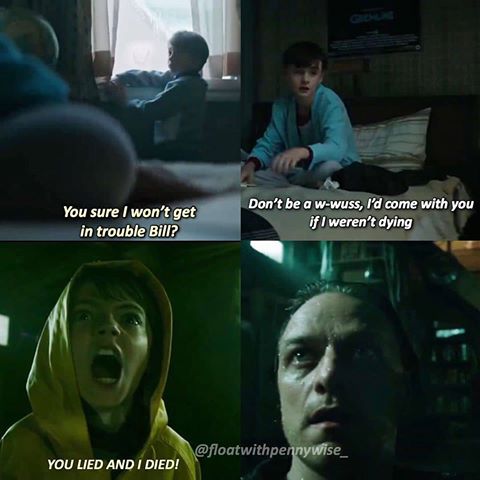 I don’t know what it is about Jackson Robert Scott’s (Georgie) line delivery, but he kills it every time. When Bill is forced to deal with his guilt about losing Georgie, Pennywise takes the opportunity to taunt him with it. He reveals that Bill lied about being too sick to play with Georgie the day he died. Bill has to hear Georgie yell at him, “You lied and I died!” It was a very heartbreaking and tense moment. That chant was the new “you’ll float too” for Chapter 2, and it was just as epic!

When They Defeat Pennywise By Making Him Small

I’ll admit, when I saw the film the first time, I wasn’t sure how I felt about the way they defeated Pennywise. After their ritual to contain Pennywise fails, they realize that the smaller Pennywise is, the more vulnerable he is. So, how do they make him small? They bully and berate him. I felt it was a little silly at first, but now I absolutely love it! Who knew more about feeling small than our poor Losers Club? The more I think about it, the more I realize how perfect and well-fitting it was.

If there’s one thing I get ecstatic about in a film, it’s an epic cameo! We were blessed with two cameos for Chapter 2. The first one came from Brandon Crane. For those who don’t know, Brandon played young Ben in the 1990 film. In Chapter 2, he played the man who showed Ben a model of an apartment complex. It was a ‘blink and you’ll miss it’ moment, but it was still so good to see him! Although, how cool would it have been if all of the original losers were in that office, with Tim Curry sitting at the end of the table? I think fans, myself included, would’ve been very happy to see that. The second cameo we got was from the man himself, Stephen King! As Bill finds his old bike in a shop, he steps inside to purchase it. Who was behind the counter of the shop? Good ole’ Stephen! I practically jumped out of my seat in excitement when I saw him.

I have to say the casting director, Rich Delia, needs to be in charge of casting for every single movie from this point forward. Rich picked out the absolute PERFECT adult counterparts for the Losers Club. Before the film was released, we got side-by-side comparisons of the casts, and the resemblances were uncanny. Then, when Chapter 2 was released, we got to see the mannerisms and performances of the adult cast members were nothing short of perfect. This was one of the best cast ensembles I’ve seen since It: Chapter 1!

The Fact That Eddie Married His Mother

This moment was not only clever, it was just plain hilarious. What better way to show the audience Eddie married his mother, than to have the same actress play both roles? Having Molly Atkinson return to play Eddie’s wife was brilliant symbolism! It was a short scene, but one of the best and funniest!

The Subject of Endings

Stephen King has gotten a lot of flak from fans for supposedly not being able to create good endings to his brilliant stories. The IT novel was one of their main examples. In the film, the constant referencing to the subject of endings was an inside joke with Stephen King and his fans. Throughout Chapter 2, poor Bill has to be constantly reminded how much people disliked the ending of his book. Even Stephen himself told Bill he hated the ending. All of it was just hilarious!

As Richie and Eddie try to escape Pennywise and the Deadlights, they reach a dead end where they come across three familiar doors. When they tried the door labeled “Not Scary At All”, they find nothing but a cute Pomeranian. While they’re unsure if it’s another trick, they debate amongst each other. They eventually let their guard down, and that’s when the dog transforms into a giant, hideous creature. The whole scene went from funny, to terrifying, to hilarious again. Those who ship Richie and Eddie together sometimes joke that if Eddie survived, he and Richie would buy a house and get a bunch of Pomeranians together. I know for a FACT a Pomeranian would be the last thing they would get! If one turned into a demon in front of me, I wouldn’t even go near another one.

Your Hair Is Winter Fire (Literally) 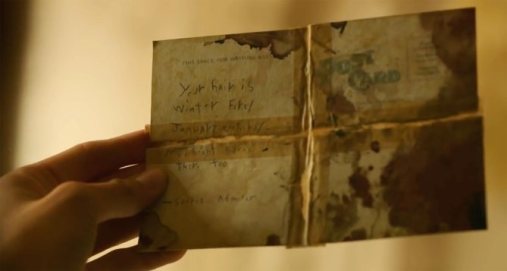 As Ben goes back to the place where he first got his token from Beverly (her autograph on his yearbook), he remembers when Pennywise used his love for Beverly and his poem against him. As younger Ben (Jeremy Ray Taylor) had to attend summer school, he was the last one in the classroom when Beverly (Sophia Lillis) showed up to smoke and hang out with him. Ben used the opportunity to make a move, and Beverly relented and started to insult him. When he looks back on her, her entire head is on fire. This was the creepiest moment in the entire film. The way Pennywise’s Beverly chases Ben down the hall while shouting out his poem sent chills down my spine!

The Tribute To ‘The Thing’

If you haven’t seen John Carpenter’s The Thing, you probably didn’t catch Andy’s homage to it in Chapter 2. As the losers enter the Neibolt house for the final showdown against Pennywise, Pennywise throws out one of his dirty tricks, Stanley’s (Wyatt Oleff) head. Stanley’s head starts to grow spider legs out of the scars on his face. Sound familiar? In The Thing, the alien’s head detaches and grows out legs to escape. Richie even says the famous line from The Thing, “You’ve gotta be f***ing kidding!” A wonderful nod to Carpenter’s creepy classic! 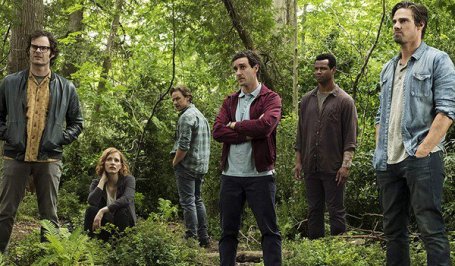 This was an overall very funny and heartwarming moment. As the losers try to piece together their memories, Mike (Isaiah Mustafa) takes them to their childhood clubhouse to reminisce. Due to time conflicts, Andy couldn’t include the clubhouse scenes in Chapter 1, so he made it an obligation to include them in Chapter 2. I loved seeing the adult losers remember their time in the clubhouse, bonding and talking about what they were going to do once they leave Derry.

When the Losers Club meet together after 27 years, they catch up and have dinner together. Pennywise takes the opportunity to tell them about Stanley’s death and terrify them using fortune cookies. The concept may seem ridiculous, but the execution was magnificent! I loved the grotesque creatures popping out of the cookies, and the floating heads in the fish tank singing. The icing on the cake was when the waitress walked in, saw Mike destroying the table, and Richie asked her for the check. It was such a wonderful reunion scene!