Growing up, I used to be obsessed with Tales From The Crypt. While other kids got up early to watch cartoons before school, I got up early to watch Tales From The Crypt on Chiller. It was probably the only time I ever tolerated getting up early. I was originally going to do a top 10 list of my favorite episodes, but I ended up with a list of 39, and I had a really hard time narrowing it down to 10. So, this list is (of course) going to have to be split into two parts. (WARNING: Some paragraphs may contain Spoilers!!) 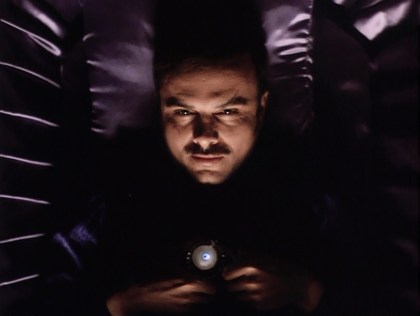 I absolutely love how unique this story is. As a carnival performer, Ulric (Joe Pantoliano) is buried alive, he recalls his encounter with a mad scientist who pulled him off the street and gave him a cat’s nine lives. After the successful surgery, the two of them join the carnival with Ulric dying and resurrecting in front of a live audience. We get to see what greed does to Ulric as he’s given more than a second chance. The final twist was what really sold it for me. It was so well-done and unexpected!

Lover Come Hack To Me 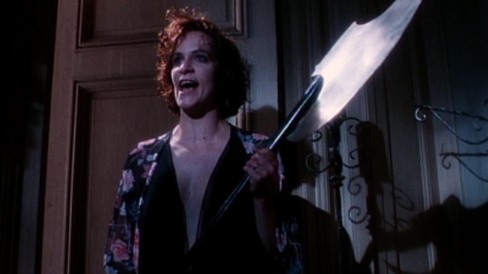 This episode stayed with me for years after I first saw it. As Peggy (Amanda Plummer) and Charles (Stephen Shellen) spend their honeymoon in a mysterious house, Peggy does whatever it takes to make sure their first night together is perfect. Not only do I love this story, I also love the weird turn it takes. It’s pretty funny, because when I first watched this episode, it was on TV so a very important part was cut out of it, and for years I wrote it off as a plot hole until I bought the season 1 DVD and got to see the episode in its entirety. 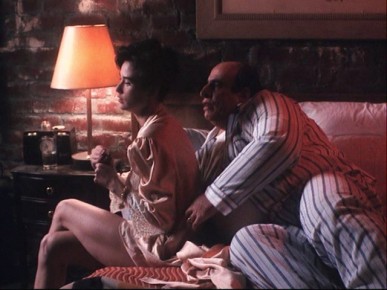 This episode was really fun and hilarious! All Cathy (Demi Moore) wants is a rich and easy life. When she visits a psychic, she’s told that the man she’s meant to marry is overweight, smelly, and disgusting Charlie Marno (Jeffrey Tambor). She’s then told that after Charlie inherits a large sum of money, he will die a violent death. This convinces Cathy to go ahead and marry Charlie for the money she’s sure to get. I love how the psychics predictions are correct, but in a completely different way. It’s such a brilliant use of foreshadowing that makes this episode stand out from the rest!

The Thing From The Grave 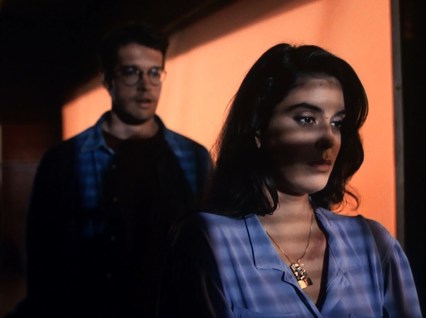 This is one of my favorite love stories that this show has created. When Delvin (Kyle Secor) realizes the woman of his dreams, Stacy (Teri Hatcher) is being abused by her boyfriend, Mitch (Miguel Ferrer), he gives her a special necklace and vows to protect her no matter what happens. When Mitch kills Delvin out of jealousy and kidnaps Stacy, the powers of the necklace bring Delvin back from the dead to keep his vow. It’s such a wonderful story that shows love and devotion can last beyond the grave. 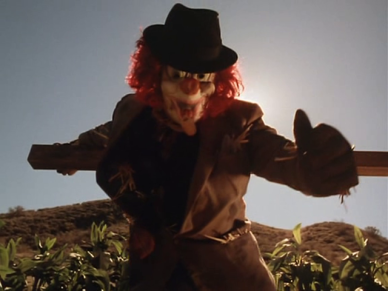 If I went with a top 10 list (that was my original intention), this episode would’ve been at the number 1 spot! Poor Mary Jo (Patricia Arquette) is trapped in the middle of nowhere, forced to work as a farmhand to the abusive Luisa (Susan Blommaert) and her obsessive husband, George (Chelcie Ross). As George tries to force himself on Mary Jo, he ends up hitting a bottle over her head to shut her up. After the blow to the head, Mary Jo gets it in her mind that their scarecrow is alive and she falls in love with it. I just love how this story plays out, especially with how it ends! It was so clever and Mary Jo definitely proved she shouldn’t be underestimated. It was one of the smartest TFTC episodes I’ve ever seen! 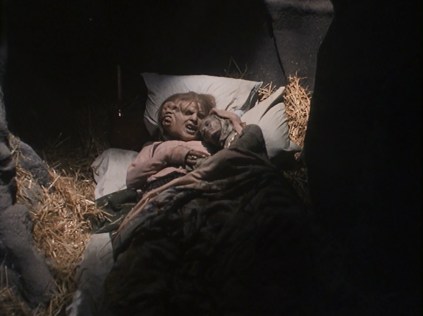 I really love this episode because it was an unexpected origin story. Enoch (Jeff Yagher) is a young two-faced man trapped in a sideshow attraction. When a cursed 4,000-year-old mummy, Myrana is brought in as a new attraction, Enoch immediately falls in love with her. It’s a touching tale of love, greed, and curses. What I love the most about it was when it was revealed that Enoch and Myrana are the Crypt Keeper’s (John Kassir) mother and father. It was so surprising and heartwarming. 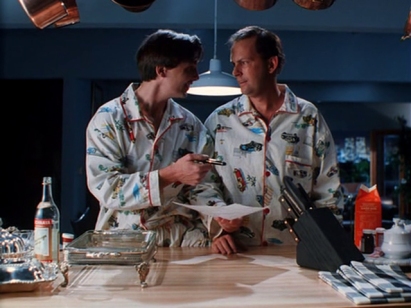 Frank (Timothy Stack) and Eddie (Johnathan Stark) are siamese twins with VERY different personalities. Frank is a kind, timid soul, and Eddie is a wild, inappropriate drunk who wants more than anything to leave his brother’s side. As a new experimental surgery that can separate them becomes available, Eddie hires a woman to pretend to fall in love with Frank to convince him to have the surgery. Though it has a bit of a plot hole, it’s still an interesting story with a very entertaining cast of characters! 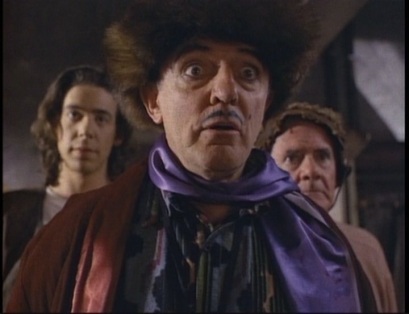 Barry Blye (Jon Lovitz) plays an out-of-work actor who’s down on his luck. When he sees an ad for Hamlet, he does whatever it takes to get the lead role. If you are looking for just one reason to watch this episode, I have two words for you: John Astin (The Addams Family)! His performance as the over-the-top director of Hamlet is so much fun to watch! It’s also a very enjoyable case of “crazy meets even crazier.”

On A Deadman’s Chest 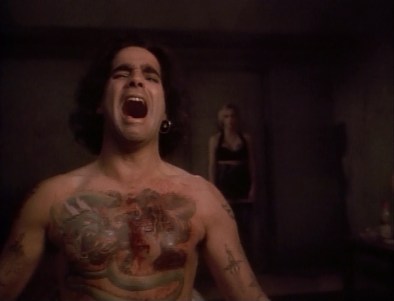 As famous rockstar Danny Darwin’s (Yul Vasquez) hatred towards his bandmate’s new bride grows, he gets a new tattoo that haunts him. I absolutely love the concept of whatever is under your skin coming out in the form of a magical tattoo. It’s very uncommon. Plus, I love the realistic band scene, with stress, jealousy, and the pressures of fame. Not to mention, we get to see Gregg Allman and Heavy D in this episode!

As child psychologist Dr. Alan Goetz’s (David Warner) radio show is on the verge of cancellation, he makes a desperate decision to do a show on the ultimate problem child. I absolutely love the characters in this episode! I could watch them converse and bicker with each other all day. David Warner plays the perfect pretentious know-it-all. It also has a wonderful cast, including Zelda Rubinstein (Poletergeist), Joan Severance (See No Evil, Hear No Evil), and Robert Patrick (Terminator 2: Judgement Day). It’s a quirky episode that’s a can’t-miss! 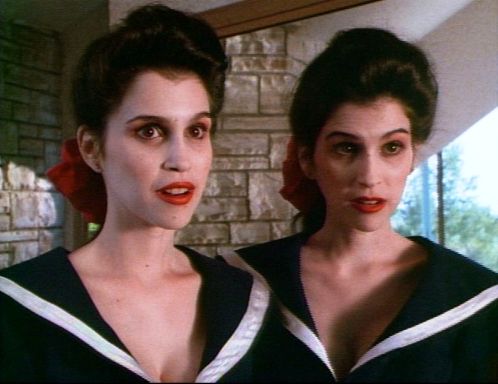 Joe Pesci always played the perfect bad guy. In this episode, he plays a con-man who meets a set of attractive twins, April (Jacqueline Alexandra Citron) and June (Kristen Amber Citron), and creates the perfect scheme to take their fortune. It’s funny seeing Pesci act as two different people to fool these twins. Eventually he finds out that April and June lived alone all these years for a reason. 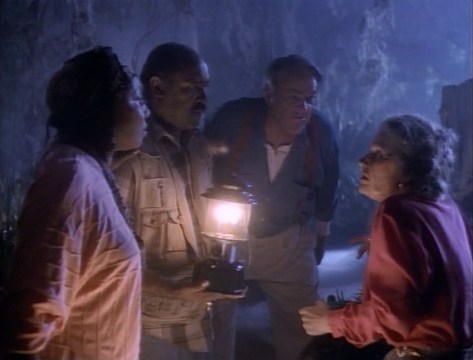 Bitter elderly couple, Cynthia (Margot Kidder) and Jack (Kevin McCarthy) go camping with another couple, where Cynthia learns the others are hiding a sinister secret. Kidder and McCarthy are fantastic as the bickering couple, you would think that their hatred for each other was real. When I first saw this episode, I wondered why they made the decision to hire a young Margot to play an old woman, but after seeing the ending, I realized how perfect it was. I’ve seen this episode many times and there’s never a dull moment. 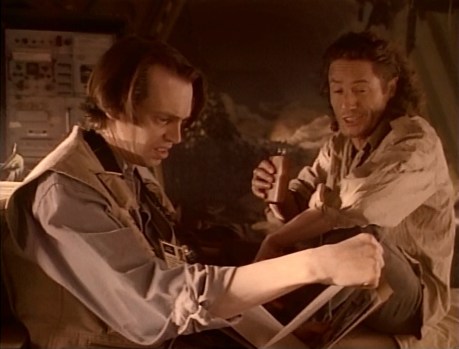 I’ve expressed before how much I love a tale of love and devotion – with a horror twist. This is another example of how far someone will go for someone they worship. Roger Daltrey plays Dalton, a has-been photographer who’s pushed to the side by an up-and-comer talent, Ike (Steve Buscemi). In order to steal Ike’s war photos, and his wife Bobbi (Lysette Anthony), Dalton sends Ike to a campsite where the residents contracted a horrible virus. With Ike killed horribly, Dalton took the opportunity to be with Bobbi, but he really didn’t take her love for Ike seriously. To exact her revenge for Ike, she gave Dalton and herself the same virus that Ike was infected with. 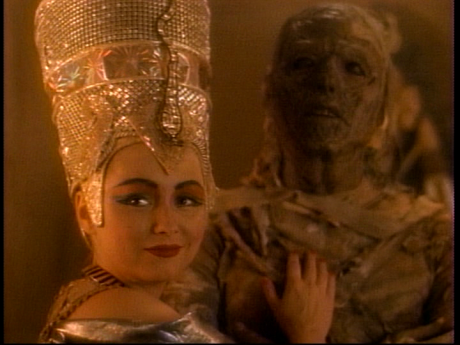 Stella Bishop (Nina Siemaszko) is a classic bookworm and teacher’s pet. When her crush, Reggie (Anthony Michael Hall) comes to her with a proposition to help his grade, Stella reluctantly agrees to help. Unbeknownst to Stella, though, Reggie made a deal with their teacher, Prof. Finley (Jeffrey Jones), to use Stella as a sacrifice to an ancient mummy. However, Stella was quick to remember that the mummy was talked about in her last class with Finley, and she used her studies to get on the mummy’s good side and avoid getting torn apart. Besides the epic cast, this episode has one of the smartest women in the whole series. 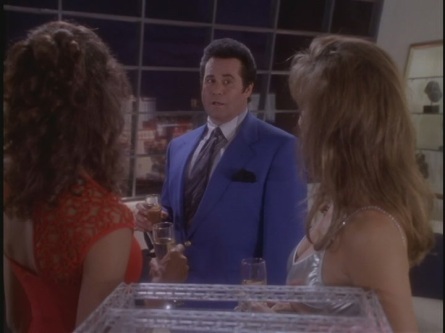 Two martial artists, Felix (Mark Dacascos) and Aaron (Stoney Jackson) are forced into a deathmatch by their rivaling wives, Aubrey (Debbe Dunning) and Andrea (Marjean Holden). When I first watched this episode it really frustrated me. I hated seeing Felix and Aaron’s wives force them into a fight that could potentially kill them. However, seeing the end of the episode completely changed my perspective. Rewatching the episode, I noticed all the epic nods towards the twist made me go from hating the episode to adding it to this list! 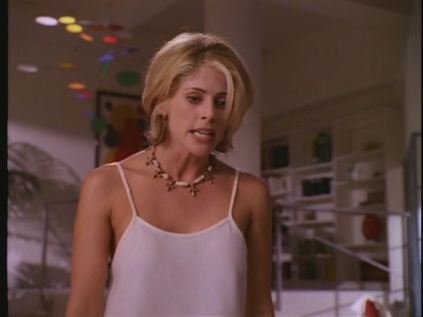 The one thing that really made me love this episode was Cristi Conaway’s (Willa) performance. Willa was a horrible person, but she had a fun, messed up personality. It was really hard to dislike her. This is probably the most entertaining episode that centers around soap. It makes you wonder how dangerous soap can be, then gives you a gruesome, epic answer. It’s not a very unique story, but the gory ending definitely makes up for it!

I’ve always loved the story of The Monkey’s Paw. This is my favorite rendition of it. Three sisters, Yvonne (Emma Samms), Dolores (Kerry Fox), and Marlys (Julie Cox) are left in charge of their father’s oddities shop. When a monkey’s paw is suddenly in their possession, they try to beat the paw’s curse, which proves to be harder than they believed. It’s really funny seeing these sisters act like they have morals in one moment, then would stab each other in the back the next moment. It was an odd, yet amusing story. 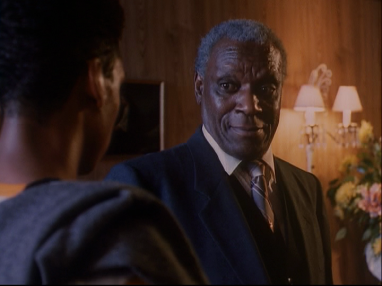 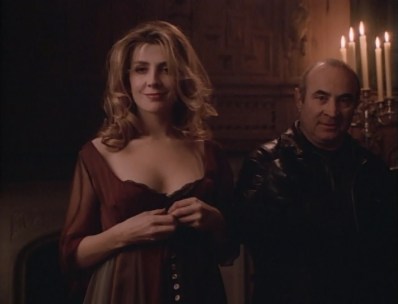 3 thoughts on “My Favorite ‘Tales From The Crypt’ Episodes”