For Day 10 of Spooky Season, it’s time for Part 1 of my mini-reviews for October 2019! So far, this month has been fantastic! I finally subscribed to Shudder and got to check out their selections. I’ve been doing very good with watching 1 horror film I’ve never seen before each day. So, I hope you enjoy my mini-reviews and stick around for Part 2, that’s coming out later this month! 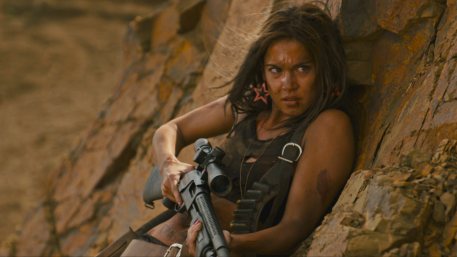 Synopsis: A woman is assaulted and left for dead at her boyfriend’s getaway home, but survives and starts to hunt her assaulters down one by one.

Notes: This ended up being the 100th film I’ve watched this year! I have to say it was a good revenge flick. It was very brutal and it didn’t skimp out on the blood at all. Plus, the music and cinematography are beautiful! I guess the reason I’m not giving it a higher score is because it didn’t really show anything new. I guess when you’ve seen one revenge flick, you’ve seen them all. But I still recommend this one! 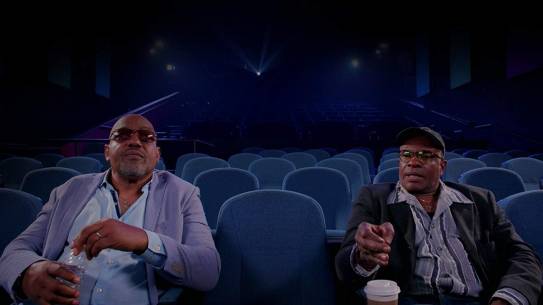 Synopsis (provided by IMDb.com): A look back at the history of black horror films and the role of African Americans in the film genre from the very beginning.

Notes: I’ve never been really good at reviewing documentaries because I usually don’t know what to say about them. It was really cool to see all of these legendary actors, like Ken Foree and Tony Todd, talk about their community and their roles in the horror genre. It was definitely hard to watch at some points, but it was very informative, very important, and it’s not a subject that should be ignored. This documentary was an absolute must-watch!

Synopsis (provided by IMDb.com): Events unfold after a devastating earthquake in Los Angeles.

Notes: This film was a rare “waste of time” film for me. I am unbelievably angry that I watched it all the way through. It was gross just for the sake of being gross and random for the sake of being random. The only reason I’m giving 2 points to the film is because some of the visuals were actually pretty cool. Plus, David Firth (Salad Fingers) always gets kudos from me. Other than that, I don’t recommend this film at all.

Synopsis (provided by IMDb.com): Mary, a new mother, loses one of her twin babies during childbirth. While taking care of her living child, Adam, she suspects that a supernatural entity has chosen him and will stop at nothing to take him from her.

Notes: Still/Born was a very slow burner at the beginning. It took a while for the story to really get going. However, it definitely succeeded in making me question if what I was watching was real or not. I won’t spoil anything, but I do recommend this film, and if you see it, you’ll see what I mean. I loved Christie Burke’s performance! She definitely carried this film. I was a bit worried the story was going to go down a very cliched route, but I’m very happy with the outcome. 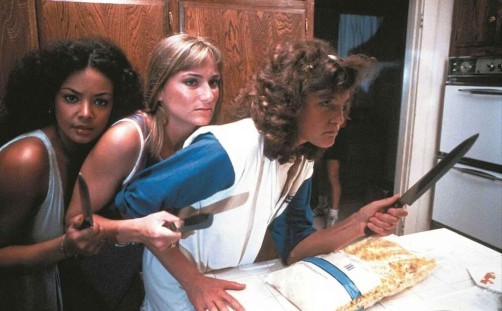 Synopsis (provided by IMDb.com): A high school student’s slumber party turns terrifying as an escaped mental patient with a drill decides to crash the evening.

Notes: Overall, this was a fun slasher! It was meant to be a full-blown parody to the ‘80s slasher genre, but the final outcome ended up being a mix of humor and seriousness. It’s definitely a film you shouldn’t take seriously. There were some decent kills and genuinely funny moments. The characters were great and had good chemistry with each other. I definitely recommend this film for slasher fans! 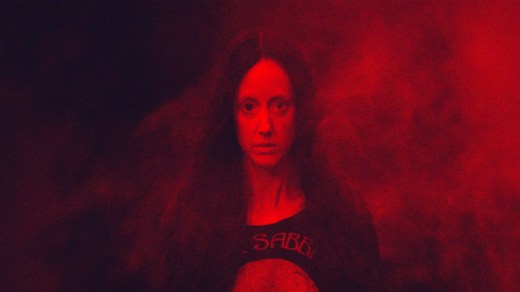 Synopsis (provided by IMDb.com): The enchanted lives of a couple in a secluded forest are brutally shattered by a nightmarish hippie cult and their demon-biker henchmen, propelling a man into a spiraling, surreal rampage of vengeance.

Notes: This one was a hell of a trip! The visuals were amazing. The first half of the film was a straight acid trip, the second half was a bloody wonderland. I was sober when I watched this, but the film made me feel like I was stoned. I think Nicolas Cage did a great job. He never has a problem letting go and letting his characters take over. 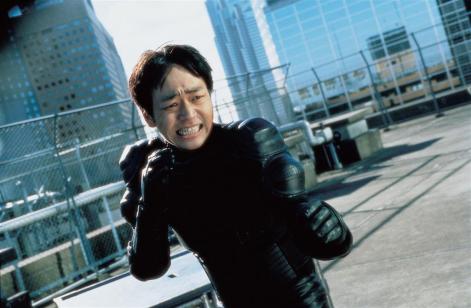 Synopsis (provided by IMDb.com): As sadomasochistic yakuza enforcer, Kakihara searches for his missing boss, he comes across Ichi, a repressed and psychotic killer who may be able to inflict levels of pain that Kakihara has only dreamed of achieving.

Notes: I’ve been waiting a long time to see this film, and I have to say, I was pretty disappointed. Though it was plenty bloody and plenty brutal (which is always a plus for me), some of the graphics didn’t age well at all. Also, there was a character who kept switching from English to Japanese mid-conversation. It’s never explained why she does this, but the other characters have no problem understanding her either way. Also, I’m not sure I understood the ending. Actually, I’m definitely sure I didn’t understand the ending. I had to look it up on Wikipedia. I can’t really say I’d recommend this film. 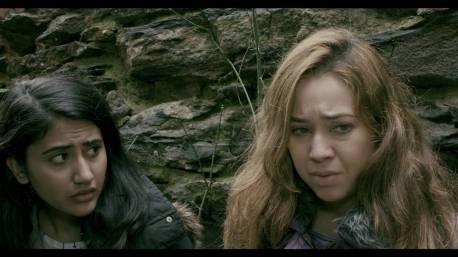 Synopsis (provided by IMDb.com): High school friends reunite after many years to spend a weekend in the mountains, but when everything goes wrong, there is no time for girl-bonding.

Notes: Overall, this was a pretty decent film. It wasn’t horrible, but it wasn’t fantastic either. In the beginning, I wasn’t sure about it, but then it started to pick up. Some kills were pretty decent, others were laughable. Jamie Bernadette was a good leading lady. It’s pretty hard to say I’d recommend this film, cause it was just kind of a “meh” movie for me. 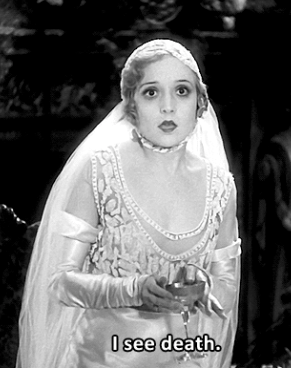 Synopsis (provided by IMDb.com): A young man turns to a witch doctor to lure the woman he loves away from her fiancé, but instead turns her into a zombie slave.

Notes: It’s very interesting to see how zombies used to be portrayed in film, before they were turned into undead flesh-eaters. I have to say that Joseph Cawthorn was hilarious.  Also, Bela Lugosi was fantastic as the antagonist. I do think that the film was a little fast-paced and we didn’t really get a chance to know these characters well enough to care. It had decent graphics and creep-factor for a film made in 1932. Yes, I’d say I recommend this film!

Synopsis (provided by IMDb.com): Detective Harry Hole investigates the disappearance of a woman whose scarf is found wrapped around an ominous-looking snowman.

Notes: This review is coming from someone who never read the book. I absolutely loved this film! It was a fantastic mystery that had me guessing every step of the way. It was bloody but not to the point that makes people look away. It was technically more of a thriller than a horror film, but I’m still counting it as one because it has genuine horror elements. Michael Fassbender did an amazing job (as usual) and, based on other people’s opinions on it, I’m surprised I loved the film. It’s definitely one of my favorite films I’ve watched this month, so far!