Synopsis (provided by IMDb.com): For a group of teens, the answer to the mysterious death of their old friend lies within the world of an online video game based on the true story of an ancient noblewoman known as the Blood Countess.

This film is so underrated, even I keep forgetting it exists! This is one of those films with a seemingly absurd concept and an epic execution. The story and mystery behind the Blood Countess are really cool. The characters in the film actually have personality, and you’ll find yourself rooting for them to solve the mystery. 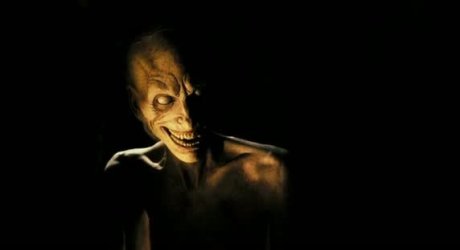 Synopsis (provided by IMDb.com): After a night of drunken exploits, Allison, Harris, and Kira are chased and terrorized by the ghosts of a child pyromaniac, an ax murderer, and a rapist.

I absolutely loved the concept of this film; getting haunted by the spirits whose graves you have the audacity to dance on. Along with the story, I have to commemorate the film’s makeup job. They were able to make the ghosts so creepy and grotesque. It has its flaws, but it’s a very good and creepy film that needs more recognition.

Synopsis (provided by IMDb.com): A worldwide epidemic encourages a biotech company to launch an organ-financing program similar in nature to a standard car loan. The repossession clause is a killer, however.

This is one of my absolute favorite horror musicals, and it frustrates me that not enough people know about it. For starters, the music is phenomenal. It’s a wonderful Goth Opera. Then, we get an amazing cast, including: Anthony Stewart Head, Alexa Vega, Sarah Brightman, Paul Sorvino, and Bill Moseley! It’s visually stunning and definitely doesn’t leave out the blood and violence.

Tales From The Crypt: Demon Knight 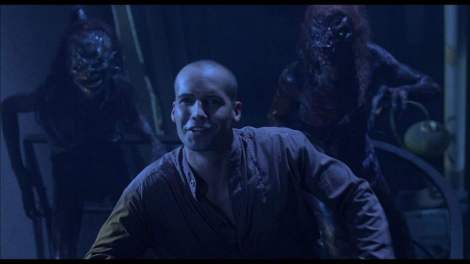 Synopsis (provided by IMDb.com): A man on the run is hunted by a demon known as the Collector.

Tales From The Crypt flawlessly combined hilarity and creepiness with Demon Knight. This is one of Billy Zane’s most under-appreciated roles. He perfected his villainous character, and if you only need one reason to watch this film, watch it for his performance alone! I wish William Sadler played the heroic role in more films because I think he also did a fantastic job here. The film also created the spine-chilling atmosphere of isolation and fear. Fans of Tales From The Crypt need to watch this film immediately!

Synopsis (provided by IMDb.com): When a woman learns about an immortality treatment, she sees it as a way to outdo her long-time rival.

This was such a random and wacky film, and I love every minute of it! We get to see legendary stars like Bruce Willis, Meryl Streep, and Goldie Hawn step out of their usual roles into this seemingly normal tale of jealousy, hatred, perfection, and murder. But normal is the LAST thing this film can be described as! It’s a wonderful and unique story with characters you’re not sure who to root for. If you haven’t seen or even heard of this film, now’s the time to watch it!

Synopsis (provided by IMDb.com): A salvage crew discovers a long-lost 1962 passenger ship floating lifeless in a remote region of the Bering Sea, and soon notices that its long-dead inhabitants may still be on board.

Now, a lot of horror fans are familiar with the famous wire massacre scene at the beginning of the film, but the rest of the film doesn’t get nearly enough attention! It was a great ghost story that completely flew under the radar. It had some very good death scenes and a very eerie atmosphere. Plus, the music, composed by John Frizzell is absolutely beautiful. It has a fairly decent story, though the ending may be a little clichéd. If you haven’t yet, I highly recommend you watch Ghost Ship!