I believe holding the title “Final Girl/Guy” is an honor. That is a name not given to just anyone in the horror genre. By fighting till the end and coming out on top, they’ve truly earned it. For Day 7 of Spooky Season, I wanted to dedicate this article to the final girls who practically never got the recognition they deserve. (SPOILER ALERT!!!)

One of the things I loved about Sarah (Lori Hallier) was that she wasn’t the typical damsel in distress. When she and her friends are hunted down in a mine by a psychotic killer, she kept a cool head and while her friend just broke down, she thought clearly about the situation. Even when her friend was being difficult, she tried to (literally) smack some sense into her. When her ex fought against the killer, she didn’t run away like most people, she helped him and unmasked the killer.

After losing her husband and daughter the year before, Sarah (Shauna Macdonald) joined her friends on a cave exploring trip to help her heal. Unfortunately, their trip takes a turn for the worst when they get caved in and start to get stalked by blind, carnivorous cave-dwellers. Sarah and the group have to maneuver through the caves unnoticed before they’re found by these creatures. When her best friend gets left for dead, Sarah replaces all of her fear with anger and unleashes Hell.

Brenda – The Hills Have Eyes

What was supposed to be a fun family road trip turned into a complete nightmare when Brenda (Emilie de Ravin) and her family are stranded in the desert and attacked by crazy deformed cannibals. Brenda is assaulted by one of the cannibals and she loses half of her family in a matter of minutes. With only a handful of survivors left, Brenda and her brother Bobby (Dan Byrd) set up traps to kill one of the cannibals. When the cannibal doesn’t die, Brenda seals the deal with a pickaxe to the face. 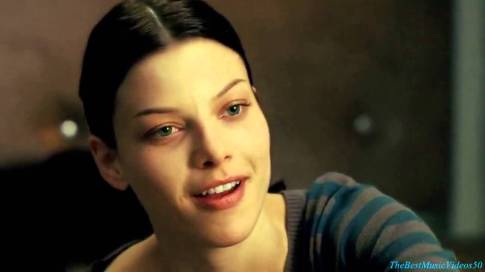 As Beth (Lauren German) and her friends try to enjoy their trip to Slovakia, they find themselves targets to an organization of Elite Hunters who pay a lot of money to torture and kill. After losing her friends, Beth realized the only way to survive is to pay for her freedom. Though Beth had money to her advantage, she was still very smart and very tough. She outsmarted her potential killer and had no problem getting her own hands dirty. Plus, she took revenge for her friends by decapitating the woman who put them all in that situation. She’s definitely not a person you should mess with! 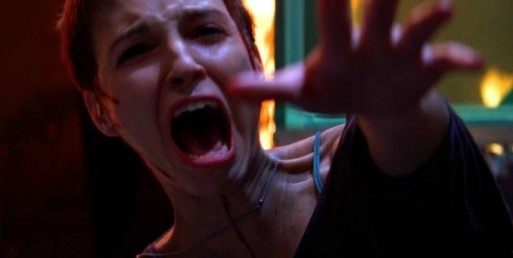 Elena (Emma Fitzpatrick) has had a really tough life. first, she loses her mother, then she gets in a car accident and loses some of her hearing. Now, she had to watch her best friend die right in front of her at the hands of the sadistic Collector. The Collector then takes her to his warehouse, filled with his painful traps. She had to be sneaky and VERY aware of her surroundings in order to escape. She was a natural born fighter who never gave up and was able to escape before it was too late. She was even able to save her fellow survivor, Arkin (Josh Stewart), from burning! 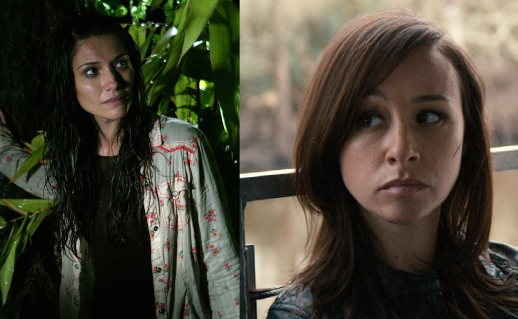 Marybeth (Amara Zaragoza, Danielle Harris) is a hell of a fighter! After the disappearance of her father and brother, Marybeth immediately armed herself and headed out to Honey Island Swamp, where the infamous hatchet-faced spirit, Victor Crowley (Kane Hodder) presides. She not only faced Crowley, she faced him three times! She did whatever she could to defeat Crowley and she never backed down. Also, she had no problem double-tapping.

Selena (Naomi Harris) started out in this apocalypse fighting just for the sake of survival. She didn’t believe in plans, she just believed that staying alive was as good as it gets. Though she didn’t really have as much hope as the other survivors, she still had drive and she was still a hell of a fighter. She’s definitely someone you would want on your apocalypse team.

When it comes to a film all about the final girls, it wouldn’t make sense to keep Max (Taissa Farmiga) off of this list. When she and her friends are trapped in the ‘80s slasher film her mom starred in, they have to try and escape the film’s killer and return to their own world. After losing her mom, Max is desperate to protect her mom’s character, Nancy (Malin Akerman). But, horror movie rules state there can be only one survivor. It was a heartbreaking realization, but it gave Max the chance to truly say goodbye to her mother. With that closure, she grew stronger and became a true warrior against the killer. She had to be strong emotionally before she could be strong physically.

This poor girl never really got the chance to be a kid. With an alcoholic, irresponsible mother, Lizzy (Ella Ballentine) had to take care of her be the responsible one. Then, when they’re both in the sights of a terrible beast, she had to learn to grow up and fight for her life. She outsmarted the monster by using her childhood musical bear to distract it long enough for her to light it on fire. It was pretty symbolic in a way; she had to say goodbye to her final link to her youth, to defeat the monster in her way.

Jeryline (Jada Pinkett Smith) was stuck working at an inn in the middle of nowhere. When Brayker (William Sadler) and The Collector (Billy Zane) invade the inn, her boring job is turned upside down. She learns that The Collector is a demon ready to plunge the world into chaos, and Brayker is the protector of the key that contains the blood of Christ – the only thing that can defeat The Collector. When all their plans fail, and the body count rises, Brayker realizes that Jeryline was destined to be the new protector of the key. When Jeryline is alone to deal with the Collector, she has to figure out a plan to kill him once and for all. She devises the plan to keep some of the blood in her mouth, get close enough to The Collector, and spit all of the blood on his face. She was intelligent, strong, and a worthy protector of the key.