Welcome to Part 2 of my favorite horror movie final guys! These are all of my picks that I didn’t have time to include in Part one. Once again, I made my choices based on how brave, caring, and how bada** they are! Enjoy, and let me know who you would’ve added to the list! (SPOILER ALERT!!!)

28 days after the world ended, Jim (Cillian Murphy) woke up in a hospital room to find all of London abandoned. Not only that, most of the London residents are infected with rage. Granted, near the beginning, Selena (Naomi Harris) did have to help him multiple times. But when Selena is held captive by a group of military men, Jim uses the infected to his advantage. He lets the infected loose into their compound and maneuvered his way to Selena’s rescue. He more than proved he could survive the end of the world and become the hero in the end. Through he ended up getting a bullet to the belly, he still toughened that out and survived long enough to be rescued!

Cole (Judah Lewis) starts out as a bullied, shy kid whose best friend is the babysitter he’s too old to have, Bee (Samara Weaving). After a fun night with Bee, Cole pretends to go to sleep so he could spy on Bee and her friends. What seems like a run-of-the-mill teenage game of Spin The Bottle quickly turns into a satanic ritualistic sacrifice. Once he realizes Bee and her friends are evil murderers, Cole has to think on his feet and figure out how to escape the cult. One by one, he fights each cult member and develops the courage to go against his best friend. He burns her sacred book, which keeps her busy while he runs out of the house. However, he doesn’t just run, he steals his neighbors car, drives it through his own house, and crushes Bee in an epic fashion!

Down on his luck, T.J. (Paul Kelman) moves back to his home town to work in his father’s mine. On top of that, he’s got to work in the mine with his ex’s new boyfriend, Axel (Neil Affleck). For the cherry on top, the mine happens to be the home of vengeful killer, Harry Warden (Peter Cowper), who warned the town to never have a Valentine’s Day party – a warning T.J. chooses to ignore. With the love of his life trapped down in the mine, T.J. selflessly went into the mine to find her before the killer does. Together, they fight the killer and escape, hopefully to get married and live happily ever after (I’m choosing to believe that). 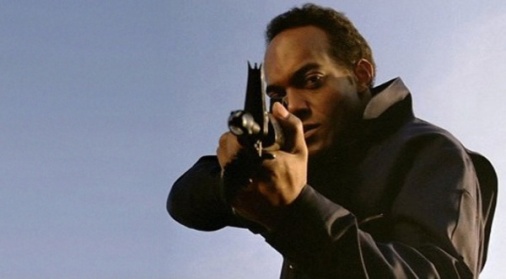 During the zombie apocalypse, a small group takes shelter in a mall. Among that group is Peter (Ken Foree), a SWAT team member with a gun and a lack of tolerance for anyone’s ignorance. As the group barricades themselves in the mall, they all cleverly devise a plan to block the mall entrances with trucks, shoot the remaining zombies in the mall, and build a fake wall that blocks the door their hidden sanctuary. Not only was Peter a great shot, he also really cared about his friends and did his best to take down any threats towards them. It seemed like Peter just gave up hope as the sanctuary is compromised and almost shoots himself, but luckily, he changed his mind and was able to safely escape to the getaway helicopter. 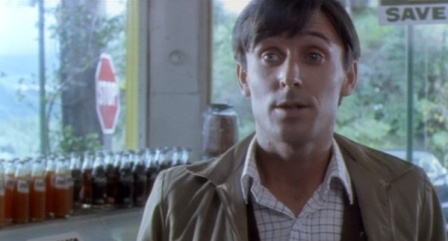 After Lionel’s (Timothy Balme) domineering mother is turned into a zombie, Lionel takes it upon himself to try and keep her and the people she infects from the public. Though he really sucks at keeping the zombies in the basement, he really comes through for the love of his life, Paquita (Diana Peñalver). When Paquita is surrounded by zombies and all hope seems lost, Lionel bursts through the door with a lawnmower. With a new wave of bravery, Lionel cuts, dismembers, and completely massacres almost all of the zombies. He then finally has the courage to fight and kill he reanimated mother. He had a lot of growing up to do, and it benefited him in the end. 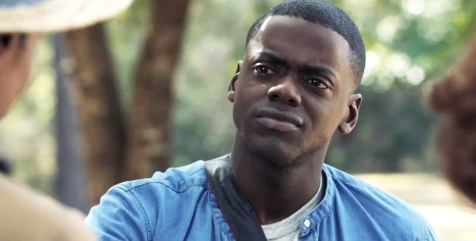 Chris (Daniel Kaluuya) is definitely one of those characters that makes the audience yell at the TV screen. While on a trip visiting his girlfriend, Rose’s (Allison Williams) parents, Chris starts to notice there’s something very odd about the family, the workers, and the family’s friends. Once he realizes Rose and her family’s true intentions are to use him as a new young vessel for rich old people, Chris has to come up with a plan to escape. In order to avoid getting hypnotized for the surgery, Chris pulls out cotton from the chair he’s tied to and stuffs it in his ears. When Rose’s brother believes Chris is asleep, he unties him, giving Chris the chance to escape the house, killing every member of Rose’s family. He was definitely underestimated by the Armitages and he more than proved he had what it took to survive.

On his way to a meeting, Chris (Desmond Harrington) ends up taking a wrong turn, which leads him to crash his car into a broken down vehicle carrying a group of campers. As they search for help together, they soon realize the woods are occupied by vicious inbred cannibals. As they try to escape, Chris selflessly tries to distract the cannibals so the others could escape. Unfortunately, he didn’t get very far before getting shot in the leg. Though he’s injured, he still plays an important part in the group. After the last of the campers, Jesse (Eliza Dushku), is taken by the cannibals, Chris follows them, saves her life, and sends those cannibals straight to Hell! 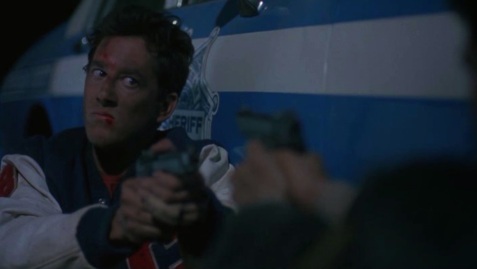 Steven (John D. LeMay) used to be an immature guy whose ex, Jessica (Kari Keegan), didn’t believe couldn’t handle the responsibility of being a father. However, when Jason Voorhees (Kane Hodder) starts to track down Jessica and her baby, Steven stops at nothing to stop Jason from transferring his soul into the two loves of his life. He’s more than proven himself that he loves Jessica and their daughter, Stephanie (Brooke Sher). He stepped up, protected his family, fought Jason multiple times, willingly got his fingers broken for information, and almost got pulled into Hell. Thankfully, Jessica saved him and they walked into the sunrise together.

I know I’ve talked about Doug (Aaron Stanford) quite a few times, but he’s such a great character, that I HAVE to include him in this list too! After his wife is murdered and his little girl is taken by deformed cannibalistic maniacs, he hunts them down and destroys them one by one to get her back. He fights the biggest beast by cleverly distracting him and he gets over his dislike for guns by beating the cannibal leader with the butt of a rifle repeatedly. He did whatever he could to save his baby daughter and came out on top! I’ll always love his dedication and perseverance.

A lot of the characters in Jason X were awesome, but I think they’re constantly overlooked because the film itself is one of the less favored in the F13 franchise. Tsunaron (Chuck Campbell) is definitely one of the most underrated characters. For starters, he was intelligent enough to create a life-like intelligent robot, Kay-Em (Lisa Ryder). Then, when Jason Voorhees starts creating a body count on the ship he’s in, Tsunaron was able to upgrade Kay-Em into a bada** warrior. When not even Kay-Em couldn’t stop Jason, Tsunaron cleverly devised a distraction that gave him, Kay-Em, and final girl Rowan (Lexa Doig), a chance to escape to a rescue ship. 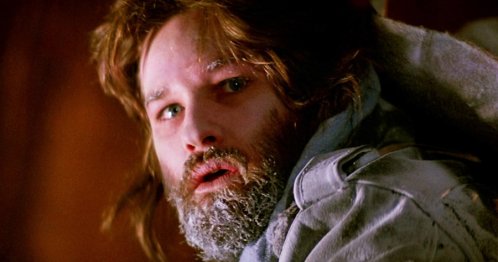 His fate was intentionally ambiguous, and we still don’t know if he survived or if he became an alien.