Earlier this month, I listed some of the most under-appreciated final girls. Today is all about the final guys in horror! Although, instead of listing the most underrated final guys, this list consists of my personal favorites. I made my choices based on their bravery and selflessness. I also ran out of time writing this post, so I’m going to have to split it into two parts. Part 2 will be posted soon! (WARNING: SPOILER ALERT!!!)

Though Arkin (Josh Stewart) is a criminal, once he comes across The Collector (Juan Fernández), he quickly becomes the hero. His initial plan was to rob a rich families house, but once he realizes that the family never left and is being tortured, his conscious doesn’t let him leave them to die. So, he tried, albeit unsuccessfully, to save the family members, steal from their safe, and maneuver around The Collector’s vicious traps without getting caught. When he’s finally free from the house, he notices the last living member of the family is still trapped. He throws out all of the effort sneaking around and immediately makes his presence known so she had a chance to escape. Then, Arkin devises a plan to get The Collector to shoot the front door so they could escape. It’s definitely one of my favorite acts of heroism!

As Paxton (Jay Hernandez) and his buddies backpack to Slovakia to dive head-first into a sea of beautiful foreign women, their dream vacation quickly turns into a nightmare when they become hunted down by rich sadists. Now Paxton wasn’t a saint, but he showed he genuinely cared about other people. After his best friend Josh (Derek Richardson) is killed, Paxton manages to escape the ‘factory of tortured tourists’. However, once he’s outside the building, he starts to hear the screams of a young girl, Kana (Jennifer Lim). He could’ve ran off, but he ran right back in the building to help her. Then, during his escape, he was able to get revenge on the people who brought him to that factory AND the man who killed his best friend. He definitely showed he could be both caring and merciless. 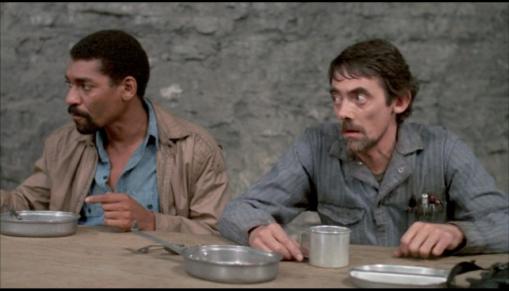 Initially, it seemed like John (Terry Alexander) and Billy (Jarlath Conroy) were jerks who didn’t want to help the scientists or military men in the underground facility. When confronted about this, John tells Sarah (Lori Cardille) that he believes she and the other scientists are wasting their time. They’re trying to get the world back to the way it was, and John believed they should adapt to the new world and start over. Though they didn’t see eye to eye with the other survivors, John and Billy both proved they didn’t just think about themselves. When Sarah and Billy are left to fight for their lives against the zombies, John fought to find them and save them so they could all escape that underground Hell.

Nick (Tom Atkins) is one of my favorite 1980s heroes. As a mysterious fog filled with vengeful spirits enters his town, Nick really steps up as much as he can. When his friends disappear at sea, he does everything he can to track their boat down. Then, as the danger rises, he hears a cry for help on the radio as a young boy, Andy (Ty Mitchell) is trapped in his house, about to be killed. When Nick hears the address, he doesn’t even hesitate to drive in that direction, and he saves Andy JUST in time! Then, as guilt-ridden Father Malone (Hal Holbrook) tries to sacrifice himself to the spirits, Nick jumps right into the danger to pull Father Malone out. He repeatedly jumped into danger to help other people, and he still survived!

Clay (Jared Padalecki) is definitely one of the best brothers in the horror genre. After his sister, Whitney (Amanda Righetti) goes missing, Clay spends the next six weeks searching for her. From handing out flyers, to driving all around the lake and the forrest surrounding it, he stops at nothing to track her down. On his search, he comes across a group of friends hanging out at their nice cabin. He tries to help all of them when Jason (Derek Mears) traps them all in the cabin. He unfortunately couldn’t help them all, but he finally found Whitney. With just the two of them, they successfully defeat Jason together.

I almost included Thom Matthews’ Tommy Jarvis in Friday The 13th Part VI: Jason Lives. However, in that film, he was the one who resurrected Jason in the first place, so the events in that film were indeed his fault. When Tommy (Corey Feldman) first encountered Jason (Richard Brooker) in The Final Chapter, he was just a young boy who was obsessed with making spooky masks. When Tommy’s neighbors are slaughtered, he and his sister, Trish (Kimberly Beck) are next on Jason’s killing spree. With so little time, Tommy quickly figures out who Jason is, and how to stop him. Instead of bailing while Trish detracts Jason, Tommy set himself up to look like a younger version of Jason. This gives Trish enough time to stab Jason in the face, and in a fit of rage, Tommy delivered the final blows, killing Jason for good!… until Part VI, of course.

The new Child’s Play film really surprised me this year, especially with the main character, Andy (Gabriel Bateman). In the original film, Karen and Mike were the ones figuring out the mystery of Chucky and Andy was mostly the one that had to be rescued. In this film, Andy did need help dealing with Chucky (Mark Hamill), but he did everything he could to try and stop Chucky’s blood-lust. When no one else believed him about Chucky, Andy really took matters into his own hands, and then he had to go deeper into the danger when his mother’s life is at stake. He’s definitely one of my favorite horror heroes of 2019!

I have to say Benny (Ken Foree) is undoubtedly the best thing about this film. He was tough, intelligent, and a hell of a fighter. He went up against the Sawyer family to help a pretty useless final girl (but that’s a rant for another time). He actually wasn’t supposed to survive the film, but audiences liked his character, so they added that final scene, showing he survived that chainsaw to the head (I know, it doesn’t make much sense). I’m still happy that he survived, and he deservedly earned his place on this list!

Though he’s technically the only one facing-off against Jason in this Friday The 13th fan film, I’m still including him. He fought for his life so hard, it has to be commemorated! As Kyle (Drew Leighty) hikes through the woods, he stumbles across a very familiar camp – Camp Crystal Lake – where Jason Voorhees (Vincente DiSanti) resides. What follows is an epic fight for survival as Kyle uses whatever he has to kill Jason and escape Crystal Lake. He does a fantastic job fending Jason off until help arrived. Not only do I consider Never Hike Alone an official F13 sequel, Kyle goes down as one of my favorite F13 protagonists!

Neil – A Nightmare On Elm Street 3: The Dream Warriors

Though Dream Warriors has 3 final guys, Neil (Craig Wasson) is definitely the most underrated of them all. When his patients start to die, Neil was originally skeptical when Nancy (Heather Langenkamp) tries to convince him that dream demon, Freddy (Robert Englund) is the one killing them all. However, once he realizes it’s all true, he really stepped up to help the kids and woman he cared about. He forces Nancy’s father to finish what he started and track down Freddy’s remains to bury them on hallowed-ground. He even had the guts to steal a cross and holy water from a church for the burial. When Freddy seemed to have the upper-hand, Neil came through and put Freddy back in his grave. 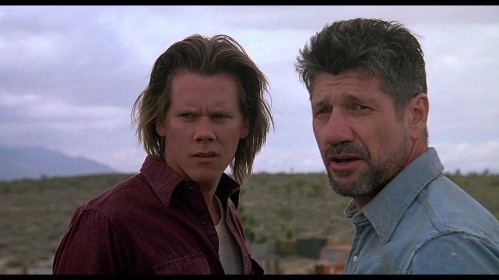 As Graboids terrorize the peaceful town of Perfection, it’s up to the lasting residents to figure out what they are and how to kill them. Even though handymen Val (Kevin Bacon) and Earl (Fred Ward) are reluctant to help everyone, they soon become the intelligent heroes who basically come up with all of the ideas to stop them. When there’s just one Graboid left and the residents believes they were out of options, Val comes up with the perfect way to get it to fall off of a cliff. Val and Earl are both caring, hilarious, and they’re smarter than they initially believed.

It’s still debated whether or not Paul (John Furey) actually survived in Friday The 13th Part 2, so I’m choosing to include him on this list anyway, but only as an honorable mention.

One thought on “My Favorite Horror Final Guys”