Welcome to Part 2 of my mini-reviews for Spooky Season 2019! This post is coming a little late, because I fell behind in my movie watching, so I had to marathon the rest of the films tonight. Now I’m all caught up and ready to share my thoughts on these ten films! Enjoy, and let me know your thoughts!

Synopsis (provided by IMDb.com): A horror anthology film that consists of four short films that are written, directed by, and starring women.

Notes: Overall, this was a very enjoyable anthology film! The first segment was very dark and upsetting. I was pretty disappointed with the ending, however, because it didn’t bring me the closure I needed. The second segment was very funny, especially the ending, I loved everything about it! The third segment was very interesting. I loved the characters and the story intrigued me. The final segment was my favorite of them all. It was an unofficial sequel to a legendary horror film that I didn’t know I needed until now. However, if you haven’t seen that particular horror film, chances are, you won’t understand this segment’s subtle hints towards it.

Synopsis (provided by IMDb.com): A sequel, of sorts, to Breaking Bad following Jesse Pinkman after the events captured in the finale of Breaking Bad. Jesse is now on the run, as a massive police manhunt for him is in operation.

Notes: Ok, my plan was to just watch horror films this month. However, my family and I decided to watch El Camino at the last minute, and it was a great decision! This was a heartbreaking yet satisfying conclusion to Jesse Pinkman’s (Aaron Paul) story. I won’t spoil anything, because the film was JUST released. I will say it didn’t lose the Breaking Bad vibe, and it’s a must-watch for fans of the show!

Synopsis (provided by IMDb.com): 20 years after three teenagers disappeared in the wake of mysterious lights appearing above Phoenix, Arizona, unseen footage from that night has been discovered, chronicling the final hours of their fateful expedition.

Notes: I was pleasantly surprised by Phoenix Forgotten. I love found footage and documentary-style horror films. I’m not really a big fan of alien/sci-fi films, but this one was really well done and it kept my interest. They were able to successfully switch from modern video quality, to the video quality we had in the 1990s, and it was very reminiscent of The Blair Witch Project. Plus the characters had great chemistry and it didn’t have a single boring moment for me. There were points where it felt like I was watching a real documentary. 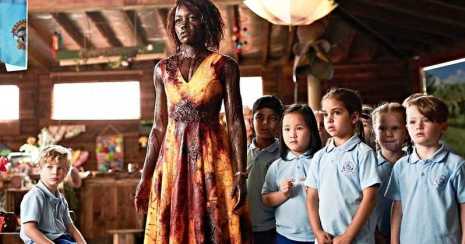 Synopsis (provided by IMDb.com): A washed-up musician teams up with a teacher and a kids show personality to protect young children from a sudden outbreak of zombies.

Notes: I have to admit, I was expecting more from this film. For starters, the beginning of the film just sort of dragged on before the action finally started. Also, I really didn’t find it that funny. It had its moments, but the majority of jokes fell flat. Lupita Nyong’o (Miss Caroline) was an epic bada** though! 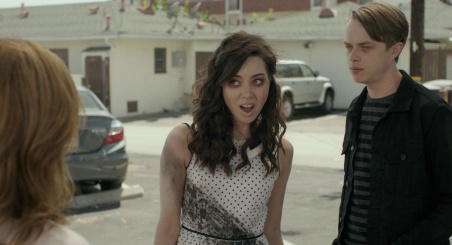 Synopsis (provided by IMDb.com): A young man’s recently deceased girlfriend mysteriously returns from the dead, but he slowly realizes she is not the way he remembered her.

Notes: This is my second Zom-Com in a row, and it was just as disappointing. I found myself pretty bored of this one. Although, I do wish there was more banter between the main character, Zach (Dane DeHaan) and his brother Kyle (Matthew Gray Grubler), because THEY were funny together! Other than that, I can’t really say I’d recommend this film to zombie fans or comedy fans.

Synopsis (provided by IMDb.com): After suspecting that their police officer neighbor is a serial killer, a group of teenage friends spend their summer spying on him and gathering evidence, but as they get closer to discovering the truth, things get dangerous.

Notes: This movie left me so frustrated. It was fantastic! The characters were likable, the story was good, and overall, it was hilarious. Then, the ending completely ruined it for me! It completely bummed me out, and the story didn’t need to go the way that it did. I can’t even play the realistic aspect, because it wasn’t realistic at all. Though it was kind of ruined for me, I still think the rest of the film was great and I still highly recommend it!

Synopsis (provided by IMDb.com): While a zombie virus breaks out in South Korea, passengers struggle to survive on the train from Seoul to Busan.

Notes: I finally stopped crying long enough to write this review. This film was such an emotional roller coaster! It’s been a long time since a film, of any genre, made me cry so hard – I’m talking about actually sobbing. It was one of the best zombie films I’ve ever seen, it has so much heart to it, and I was so invested in these characters. Plus, it was action-packed and so intense. I highly recommend this film to everyone!

Synopsis (provided by IMDb.com): When his home of New Eden is destroyed by a revitalized Brotherhood and its new Vamp leader, Martin finds himself alone in the badlands of America with only the distant memory of his mentor and legendary vampire hunter, Mister, to guide him.

Notes: Though it was really nice to see Martin (Connor Paolo) and Mister (Nick Damici) again in this new chapter, I don’t really feel this sequel was necessary. It didn’t really bring anything new to the story, but it did a good job continuing it. If you really enjoyed the first Stake Land, I’d probably still recommend this sequel! 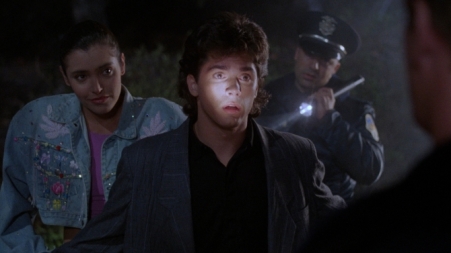 Notes: I don’t even know what to say about this film. It was so weird! There are definitely some images from Society that I didn’t need in my head. Other than that, the film’s pace was awfully slow. It took a while setting up the story, then it got very weird, very fast. I doubt I’ll ever watch it again, but it’s a very unique film with very interesting social commentary.

Synopsis (provided by IMDb.com): The puppets return and hunt paranormal researchers in an attempt to take their brain fluid for their master, Andre Toulon.

Notes: This was a pretty fun sequel! It was a good follow-up to the original. I really liked the characters, and, as always, I loved the personalities of the puppets. The ending was kind of repetitive in a way. However, I loved the very last scene. It was a bit goofy, but that’s what I love about it. Goofiness was definitely the perfect thing to end my night with!